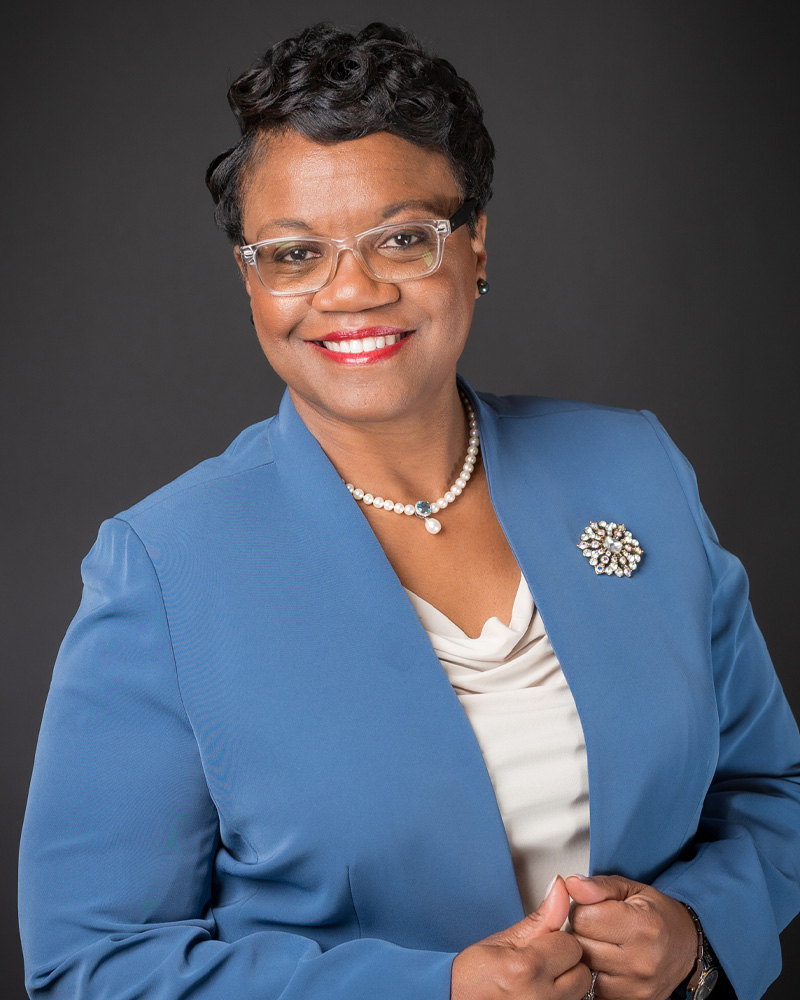 Kimberly Beatty, Ed.D., began her tenure as Metropolitan Community College's eighth chancellor on July 1, 2017. She was formally installed as chancellor at an inauguration ceremony on Aug. 24, 2018.

Dr. Beatty came to MCC from Houston Community College and has enjoyed over thirty years in higher education. Beatty's commitment to the community college mission has been realized through her service as a faculty member, program manager, dean, associate vice chancellor, vice chancellor and chief academic officer, and now chancellor. Throughout her career, she has aligned her leadership philosophy with the mission of community colleges and is laser focused on creating equitable access to higher education, especially for the underserved.

As a lifetime educator, Dr. Beatty has made intentional strides in developing and providing the leadership for the development of programs that support students and meet the needs of the business community. At MCC, Beatty casted a vision that built upon the existing Institutes at MCC. In collaboration with the executive leadership team, Beatty led efforts to develop the Advanced Technical Skills Institute in the heart of the city with Automotive and Agriculture Institutes under development.

As the architect of the last two MCC strategic plans, Dr. Beatty has a bold vision for MCC and its footprint in Kansas City. Dr. Beatty is dedicated to the Kansas City community through board and volunteer service. She is a member of the Greater Kansas City Chamber of Commerce, Civic Council; Full Employment Council Board, Downtown Council, University Health System and more.

Dr. Beatty also remains active on the national level keeping MCC at the forefront of key initiatives impacting student success. Beatty served on the Commission for College Readiness of the American Association of Community Colleges (AACC), is currently serving as a board member of AACC, executive board member of AACC, and Advisory Board for the Higher Learning Commission.

As a three-time graduate of Morgan State University in Baltimore, Dr. Beatty received a B.A. in English, an M.A. in English, and an Ed.D. in higher education, with a specialization in community college leadership. Beatty's leadership has earned her several awards and recognitions in the community.

Dr. Beatty is married to Kelvin Beatty. They are proud parents of three sons, Kelvin Jr., Michael and Ian. They also have five grandsons.