Programs from past seasons

For over thirty years, the Metropolitan Chorale of Kansas City has delighted, educated, and inspired audiences with its diverse repertoire of choral music. Founded originally as a community chorus, the musicians merged in 1998 with Metropolitan Community College to create a "town and gown" ensemble. This ever evolving group of approximately fifty singers perform everything from Cole Porter to Beethoven, frequently sharing the stage with other ensembles and soloists. Under the direction of Dr. Rebecca Johnson, the chorale has performed throughout Missouri and from coast to coast, including performances with the San Diego Symphony, for Independence Day Celebrations in Washington DC, and for the Missouri Music Educators Convention. The chorale made its international debut in 2006 in Rio de Janeiro, Brazil.

Cornerstone to the Metropolitan Chorale is the select ensemble, Vox Luminis. Established in 2008 as a lecture/recital ensemble, this group of ten to twelve voices quickly became known and loved for their "shimmery musicality". Lectures and performances have ranged from masterworks of the Renaissance to 20th Century American composers, with even a bit of rock and roll thrown in. While the lecture/recital format is still a favorite of the ensemble, they have recently inaugurated the popular new "Friends and Family" series. In addition to performing with the Metropolitan Chorale, Vox Luminis can be found performing at the Nelson-Atkins Museum of Art, Powell Gardens, the Simpson House, and other charming venues throughout the city.

The Metropolitan Chorale of Kansas City is open to college students and community members of all ages by audition and interview.

Auditions are held the first two weeks of each college semester. They can be scheduled through the conductor, the chorale manager, or by coming to one of the first two rehearsals. The audition will consist of singing a simple warm-up and a simple piece such as America the Beautiful for the conductor. A prepared piece is welcome but not necessary. Reading music, while a great asset, is not a requirement.

The interview will be conducted with the audition and will discuss expectations, season schedule, and concert attire.

Community Members pay a $25 membership fee per semester. Credit seeking students must enroll in choir through MCC-Blue River and pay the standard tuition for the credit hour. Scholarships may be available. For more information contact Dr. Johnson rebecca.johnson@mcckc.edu or call 816.604.6508. 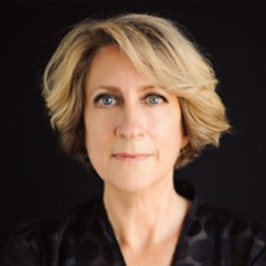 Often noted for their keen sense of ensemble blend with joyous spirit, the Metropolitan Chorale of Kansas City and Vox Luminis are reflective of the unique musical background of their conductor, Dr. Rebecca Johnson. Assuming the leadership position in 1998, Johnson combines extensive instrumental and choral skills with a love of music education and history resulting in an ensemble and repertoire as varied and unique as the conductor herself.

In 2009, Johnson assumed the podium for the Sacred Arts Chorale of Central Theological Seminary. Off the podium, Johnson serves as Coordinator of Music for MCC/Blue River, and Director for Sacred Arts for Central Theological Seminary. In addition, Dr. Johnson can be found providing lectures for the Lyric Opera of Kansas City, serving on various boards, and traveling extensively. 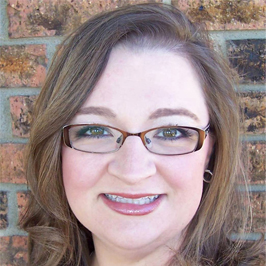 Often noted for their keen sense of ensemble blend with joyous spirit, the Metropolitan Chorale of Kansas City is reflective of the unique musical background of their conductor, Dr. Rebecca Johnson. Assuming the leadership position in 1998, Johnson combines extensive instrumental and chorale skills with a love of music education and history resulting in an ensemble and repertoire as varied and unique as the conductor herself.

Amy's interest in music began with her first solo performance at the age of 8. When she was 11 years old she composed her first song, which received state-wide recognition for Grand Prize in a music writing competition. She was again awarded this recognition at the ages of 13 and 17. While in junior high Amy discovered that she enjoyed accompanying choirs as well, and she quickly developed a passion for music as she continued to sing, play the piano, accompany, compose and arrange.

Currently Amy is a mother of four and enjoys staying involved in music as much as time allows and sings frequently with her family. She has been a member of the Metropolitan Chorale of Kansas City since 2005 and is coordinator of Metro Pops, a small group of singers from within the large ensemble who go out in to various places in the community to perform and represent the Chorale.