What is domestic violence?

Domestic violence is the willful intimidation, physical assault, battery, sexual assault and other abusive behavior as part of a systematic pattern of power and control perpetrated by one intimate partner against another. It includes physical violence, sexual violence, psychological violence and emotional abuse.

Domestic violence can happen to anyone, regardless of race, ethnicity, age, sexual orientation, religion, gender, socioeconomic background, education level or any other aspect of diversity.

What does abuse include?

Abuse may begin with easily dismissed or downplayed behaviors such as name-calling, threats, possessiveness, or distrust. Abusers may apologize profusely for their actions or try to convince the abusing person that they do these things out of love or care.

However, violence and control always intensify over time with an abuser, despite the apologies. What may start as something that was first believed to be harmless (e.g., wanting the victim to spend all their time only with them because they love them so much) escalates into extreme control and abuse (e.g., threatening to kill or hurt the victim or others if they speak to family, friends, etc.). 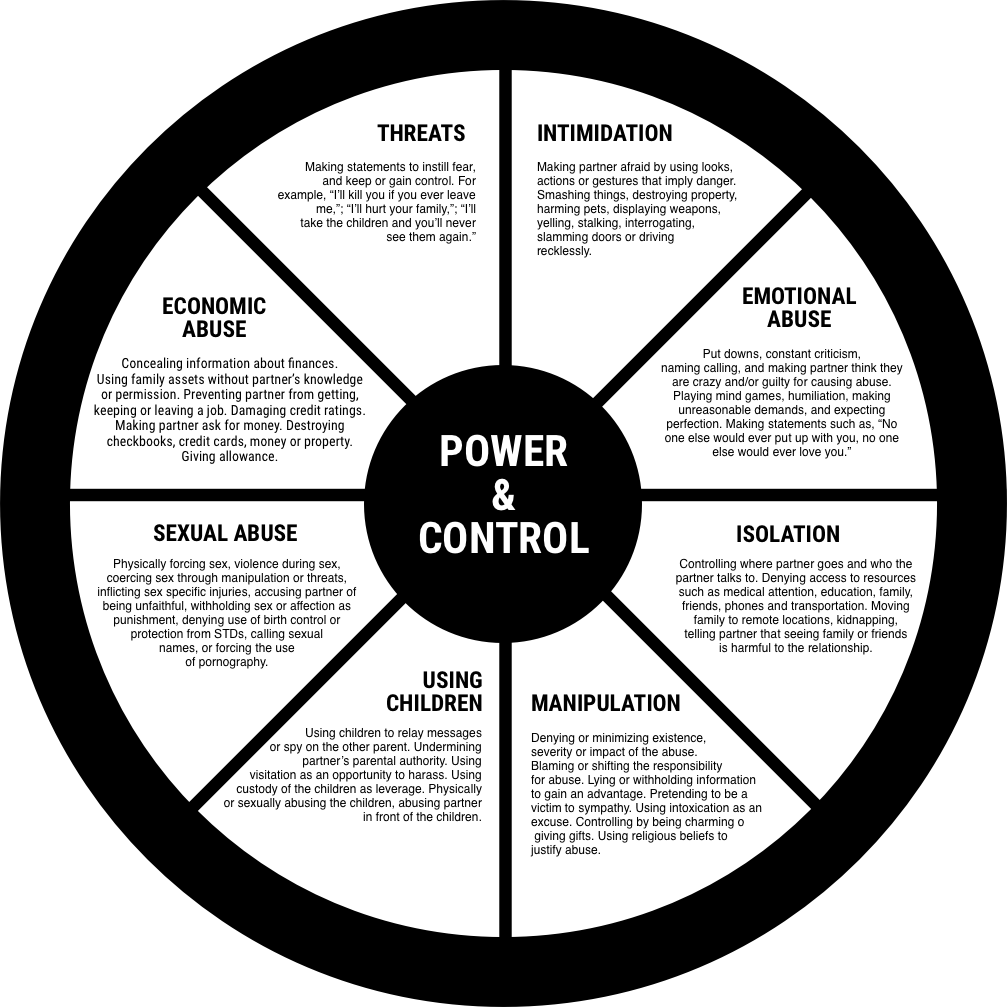